Numberella is a fun math game invented by Alexander F.L Newberry MSt Oxon, the founder of ANT Education, United Kingdom. It has been designed to take the teacher off a pedestal and create a space where teaching math is less formal more fun and allowing students to engage in playing games while learning math.

Every year Numberella releases a charity album to raise money for an educational charity. In 2020 they are generously raising money for It’s Humanity Foundation (IHF). IHF has three existing campuses and recently we have launched a mobile school that will be touring around marginalized areas in the capital of Dhaka aiming to broaden the horizons and improving the prospects of children there. All the support and sales amount of the album will be donated to the causes of IHF for ensuring free education to children of Bangladesh. Special thanks to Rob Saunders and Deuce Music, the leading UK label for helping the cause.

Learn More About The Album: https://qrgo.page.link/FDvPx 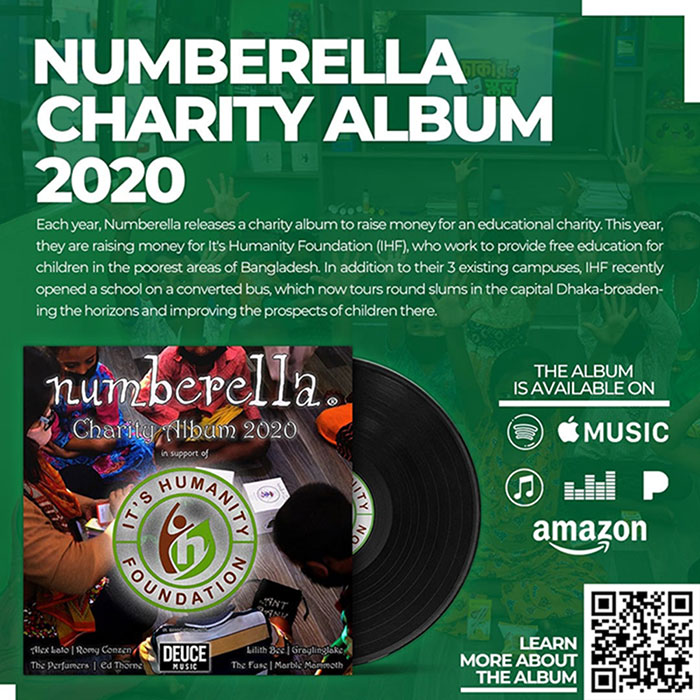