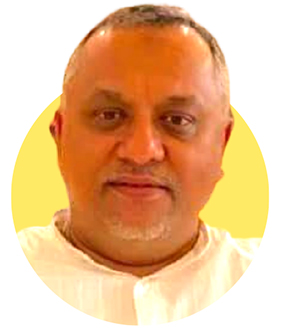 Mr. Moonis Alam started his career in freight and travel with Forward Air – a pioneering freight forwarding company in Bangladesh back in 1987. 1989, in the UK he helped establish Aerolex Travels UK Ltd, and served as Managing Director for Aerolex UK Ltd until 2014. Under his watch, Aerolex Travel UK became one of the most renown Bangladeshi travel agencies in UK. In 2012, he relocated to Bangladesh to also look after a group of companies under the family business banner, including Calogi and The Eagles Co. In 2015, with a strong belief in ethical leadership he went on to found MaxMiles Ltd, a consultancy firm, and is also co-founder of Transpro Logistics Bangladesh.

Mr Moonis Alam has always supported ethical business practice and related social projects. He has previously been actively involved with Acid Survivors Trust International and also served as Trustee for NextGen UK, set up to specifically address the Rana Plaza survivors. He is now honoured to be a Trustee of It's Humanity Foundation and brings with him a wealth of business expertise.