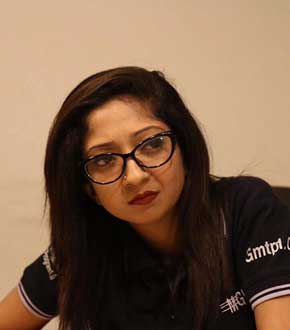 Bashira Harun joined IHF as a volunteer in the Winter Road Campaign of 2014. Since then, with her dedication and hard work, she has had a meteoric rise to the top ranks of the IHF hierarchy and has recently been promoted to the position of Joint Secretary. Besides working with IHF, she also serves as a Senior Executive in MGH Group.

Ms. Bashira has always been keen and eager to work with the underprivileged and disadvantaged people, and through IHF and its holistic platforms, she has been able to reach out to the needy and help them like she had always wanted to. And she now states that after having engaged with IHF to help people, social work has become more than just her passion – it has become a means for her to know herself even better and refine herself as a human being.